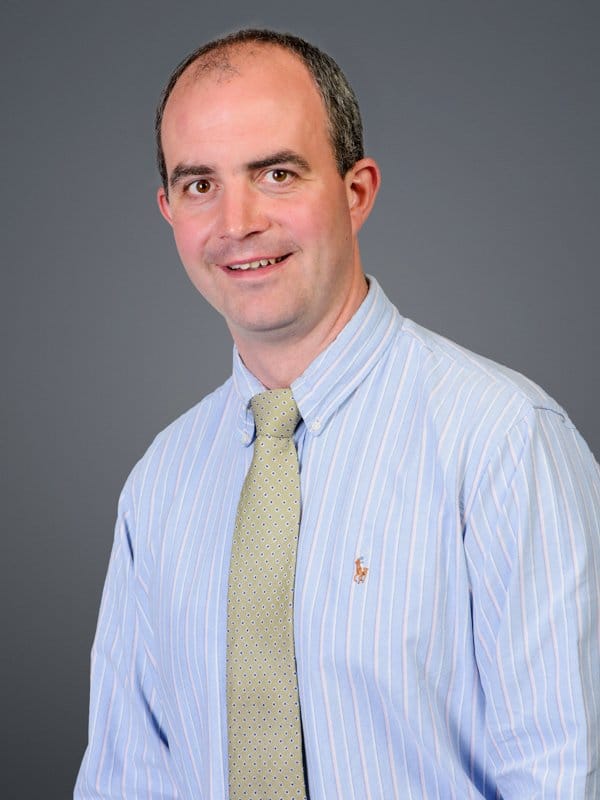 1. Biomechanics (a) Foot biomechanics which includes orthotic prescription and “off the shelf” devices for correcting poor foot mechanics in adults and children. Poor foot biomechanics can lead to achilles problems in runners, foot and heel pain, knee problems in adolescence, low back pain to name but a few. (b) Shoulder girdle pain and instability in overhead sports (tennis, cricket, swimming, and javelin). As part of his masters in Sports Medicine, David completed a thesis on “mechanics of shoulder injuries in overhead throwing sports”. David continues to lecture on the Sports Medicine masters on this subject.

3. Adolescence sports injuries. David has provided the physiotherapy service to Clongowes Wood College since 2000 and also takes a keen interest in athletic injuries.

4. Golf injuries - David has done CPD courses on golf injuries and works with Gavin Lunny PGA. This is a good combination for golfers as both technique and mechanics can be analysed and corrected.

5. Headaches and Vertigo. David has a special interest in Benign Paroxysmal Positional Vertigo (BBPV). Through physical positioning this condition can be alleviated.

6. Occupational Health, David works closely with Medwise in Naas, Form Health in the UK, and Partner Health in Dublin providing a physiotherapy service to many companies in Co. Kildare, in the manufacturing and service industries.

In his spare time, David is involved in Naas Athletics Club and coaches underage athletes in long jump and middle distance running. David has 4 daughters in the club who share his love of athletics. David played rugby with Wesley College and Trinity College, despite being from Leinster he has become as Lunster (he married a Munster woman!) David has represented Ireland at school and university level in athletics. David currently holds the Irish universities and U23 national record for pentathlon, being the first athlete to break 3000 points, a record he has held since 1994. He was awarded the prestigious Trinity Pink award for this achievement (Oxford Blue, Cambridge White, Trinity Pink). David enjoys hunting and fishing and is a wannabe farmer! David is married to Caitlin and they have 4 young daughters who bring them endless joy and keep them very busy! 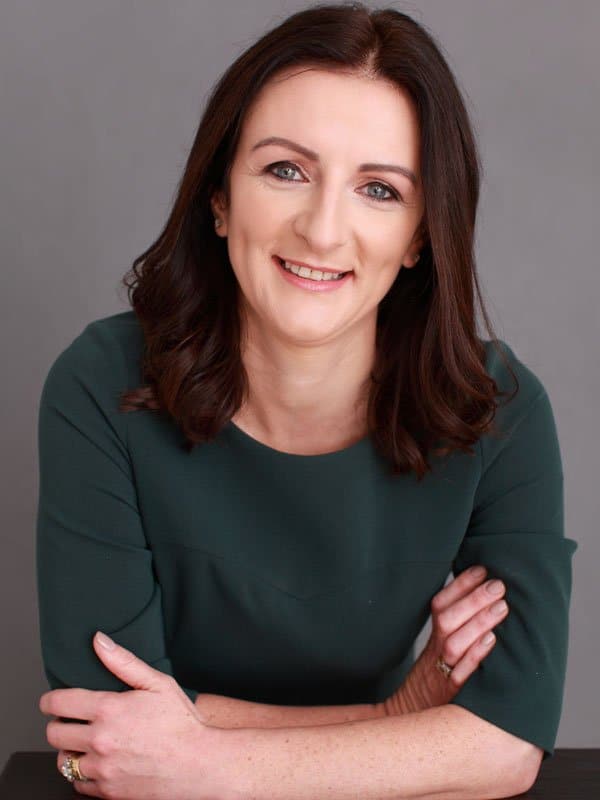 Caitlin graduated from Trinity College Dublin in 1997 with a BSc (Hons) Physiotherapy. Her hospital experience from the Mater Misercordiae Hospital Dublin and Tallaght Hospital Dublin covered a wide number of specialties including orthopaedic in/out patients, stroke and neuroglogy rehabilitaion. Caitlin has worked in a number of private practices in Dublin and joined Naas Physiotherapy Clinic in 2001.

Caitlin qualified as a Stott Pilates Instructor in 2006 and set up the pilates service within the clinic. The studio now runs over 40 classes per week. Initially the pilates service was aimed at physiotherapy patients to ensure they maintained the benefits they got from treatment. The classes proved so popular they were opened up to everyone in 2007. Caitlin leads the service within the clinic. Caitlin is a qualified Nordic Walking instructor, and leads a Nordic Walking group of breast cancer patients on the Curragh Co. Kildare every week.

Caitlin is trained in the Casley-Smyth method of Lymphodema management, which involved manual lymphatic drainage and compression. Caitlin is currently completing her Masters in Health Service Management at Trinity College Dublin. “I love what I do, it’s all about people and their stories, I get such great job satisfaction from making a positive impact in people’s lives. I love dealing with people. Pain can take over a person’s life and limit their activities and even mood – helping people take control is so empowering for the patient” In her limited spare time Caitlin enjoys tennis, swimming and of course pilates. Caitlin is an avid reader and music lover. Caitlin is married to David and they have four wonderful young daughters who keep them feeling young (but looking old!). 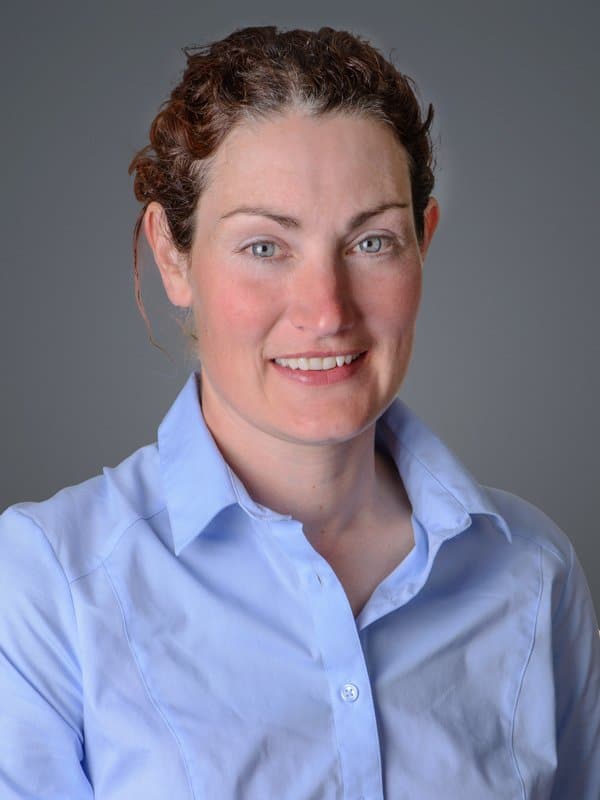 Having qualified as a Chartered Physiotherapist in 1998, Caroline completed her Masters in Sports Medicine at Trinity College Dublin. Her Manual Therapy training took place in Curtin University Australia and Manchester Metropolitan University.

She has over 20 year’s experience working at the highest level including Manchester United FC, Bristol City FC, The FAI (Ireland), The FA (England), English Institute of Sport and The British Olympic Association. She provided Physiotherapy support at the Glasgow Commonwealth Games and is on the High Performance Sports Physiotherapy panel for Sport Ireland to deliver support to athletes in Olympic cycles. At the World Student Games in Bangkok she was Lead Physiotherapist to Team Ireland and provided Physiotherapy support to Team GB at the Youth Olympics in Italy. As a result, she has successfully worked with athletes of all levels and stages including (but not limited to!) Rugby, GAA, Modern Pentathlon, Diving, Swimming, Athletics, Equestrian, Triathlon, Squash, Cycling, Gymnastics and Martial Arts.

Caroline was appointed Head of Physiotherapy to the Northern Ireland (NI) Men’s Soccer Team when Michael O’Neill took over the squad in 2011. The team famously enjoyed one of their most successful periods ever when qualifying for the 2016 UEFA European Football Championship in France. The NI Medical Team subsequently received the Exceptional Achievement Award from The Football Medical and Performance Association.

Caroline has published several research articles in the British Journal of Sports Medicine and is a member of the Acupuncture Association of Chartered Physiotherapists. In her membership role of the Medical Advisory Committee for the Irish Football Association she has attended several UEFA conferences. Her clinical areas of interest include dry needling, management of the young athlete, performance rehabilitation, post-operative care and education on self management to prevent injury. She is familiar with working as part of Sports Medicine team and likes to link in closely with other disciplines as well as Management and Coaching staff.

As a keen horse woman Caroline is Assistant Trainer to her Husband and Racehorse Trainer Peter Maher. They are known for the triple festival winning horse Big Shu. He won in Cheltenham and lined up in the 2014 Grand National. More recently Ballyboker Bridge has won several cross country races around Punchestown including the 2019 La Touché Cup.

Caroline held her amateur jockey licence for several years and completed the London Marathon, Sydney and Bristol Half Marathon as well as the Great North Run. She represented Ireland in pony showjumping and received Full Colours at University in the same discipline. She enjoyed playing school and club level hockey as well as skiing and snowboarding holidays. Since the arrival of her twin daughters she is perhaps a little less adventurous! 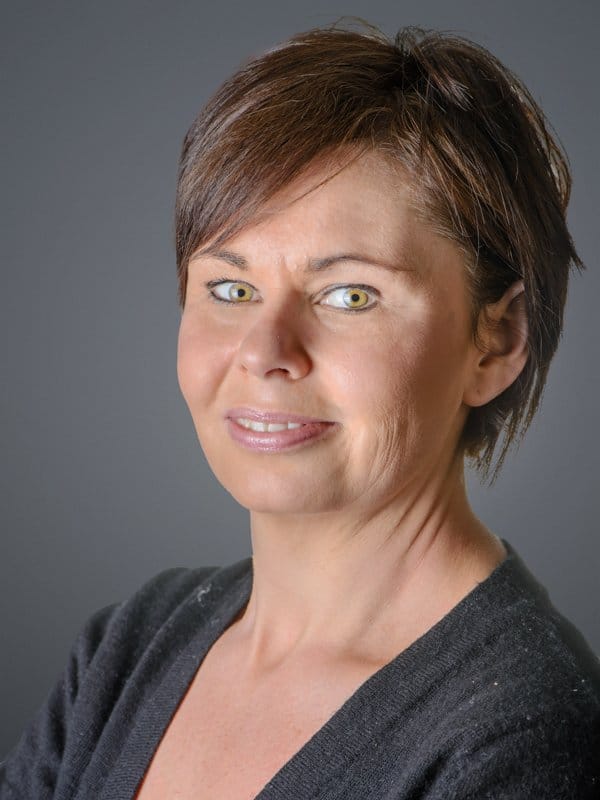 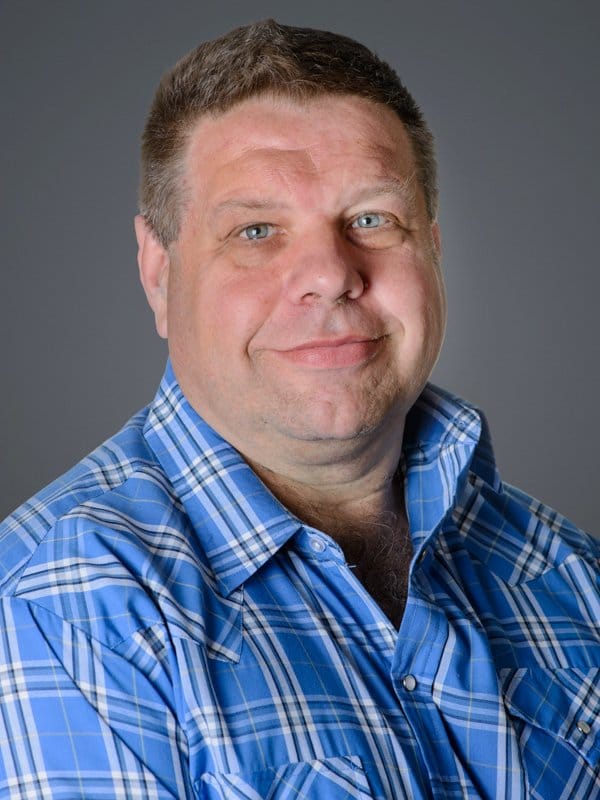 Massage Therapist
We use cookies on our website to give you the most relevant experience by remembering your preferences and repeat visits. By clicking “Accept”, you consent to the use of ALL the cookies.
Cookie settingsAcceptRead More
Manage consent

This website uses cookies to improve your experience while you navigate through the website. Out of these, the cookies that are categorized as necessary are stored on your browser as they are essential for the working of basic functionalities of the website. We also use third-party cookies that help us analyze and understand how you use this website. These cookies will be stored in your browser only with your consent. You also have the option to opt-out of these cookies. But opting out of some of these cookies may affect your browsing experience.
Necessary Always Enabled
Necessary cookies are absolutely essential for the website to function properly. These cookies ensure basic functionalities and security features of the website, anonymously.
Functional
Functional cookies help to perform certain functionalities like sharing the content of the website on social media platforms, collect feedbacks, and other third-party features.
Performance
Performance cookies are used to understand and analyze the key performance indexes of the website which helps in delivering a better user experience for the visitors.
Analytics
Analytical cookies are used to understand how visitors interact with the website. These cookies help provide information on metrics the number of visitors, bounce rate, traffic source, etc.
Advertisement
Advertisement cookies are used to provide visitors with relevant ads and marketing campaigns. These cookies track visitors across websites and collect information to provide customized ads.
Others
Other uncategorized cookies are those that are being analyzed and have not been classified into a category as yet.
SAVE & ACCEPT
Scroll to Top